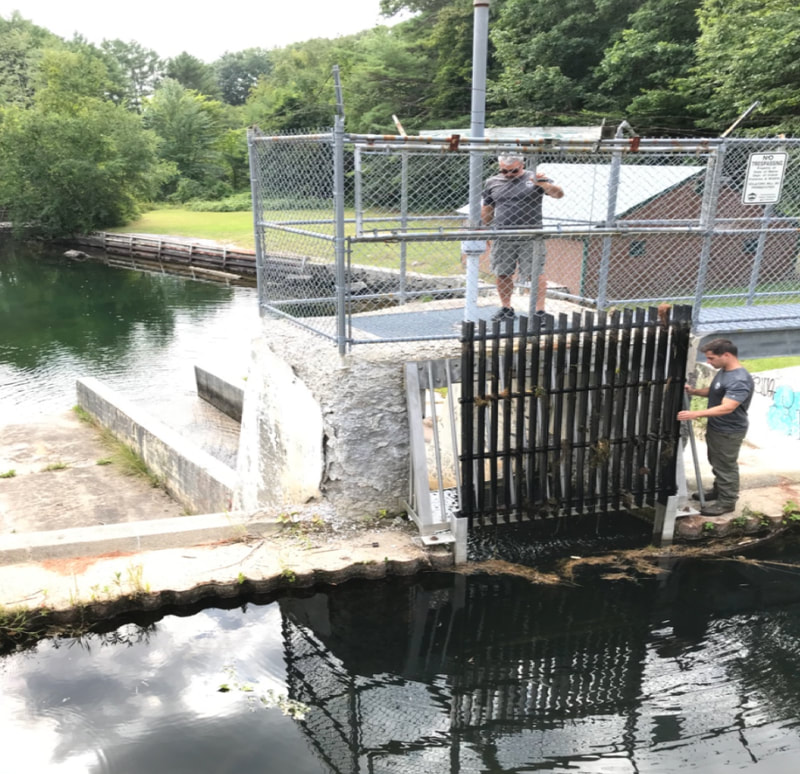 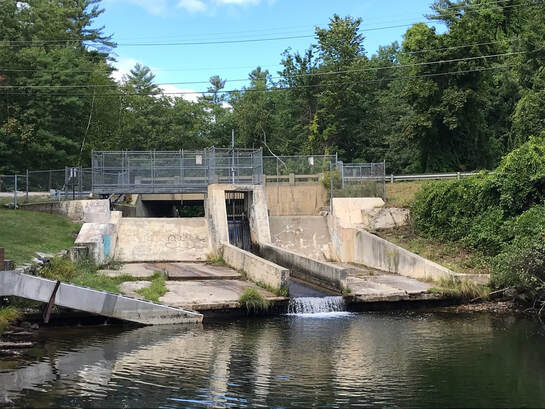 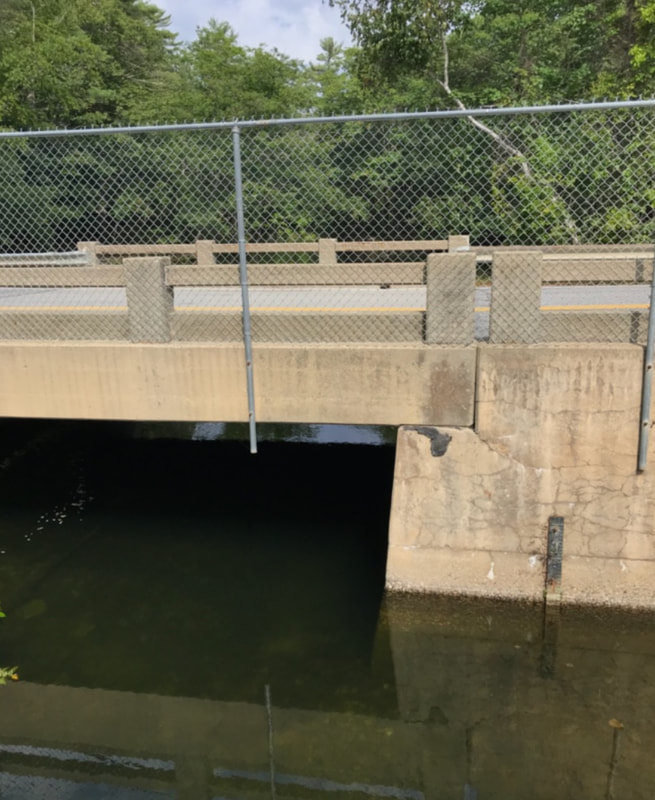 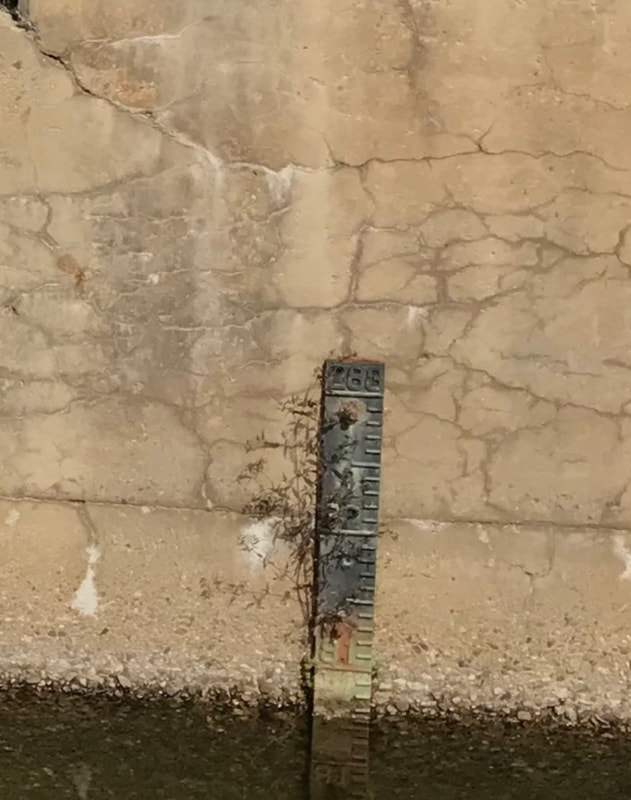 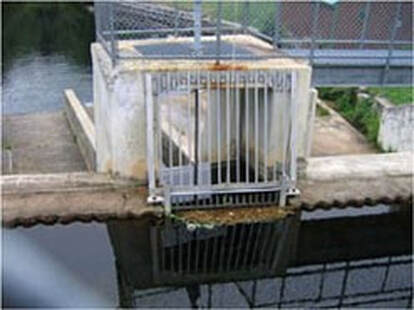 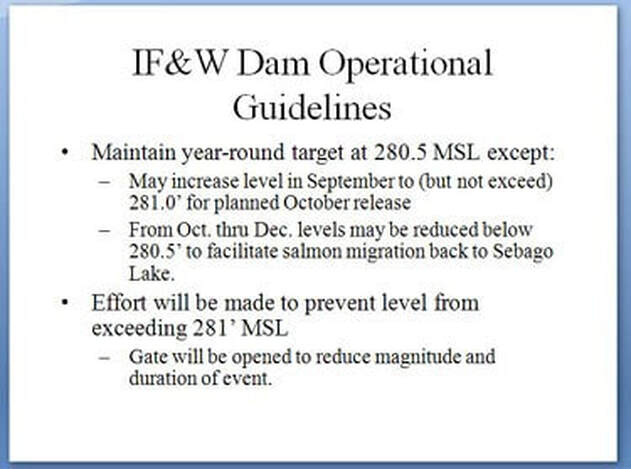 What should the water level be?  The spillway crest is at 281 feet MSL (mean sea level). IF&W attempts to keep the water at 280.5 MSL, with some variations in certain seasons:
So why isn't it:  Simply put, Mother Nature doesn't always cooperate. Panther Pond receives water from a direct watershed (#1 in image below) of 15.5 square miles, and another 14.4 square miles of indirect watershed (#2 in image below) by way of Raymond Pond and Crescent Lake. (As well as springs in the lake itself.) 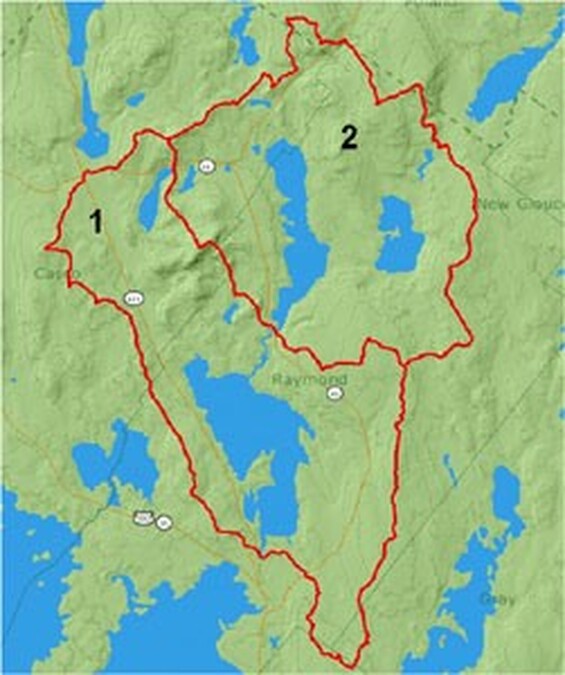 It takes time for stormwater to work its way through the system. After a heavy rain, even with the dam open, the lake level will continue to rise for several days. Unpredictable spring melting just adds to the problem. The dam isn't big enough to let all that water out quickly, and that would likely flood the area below the dam anyway, so it takes a while to adjust the level. (Panther has a surface area of 1,439 acres, so it takes an outflow (plus evaporation) of almost 40 million gallons more than what's coming in to lower the lake level by one inch.)

The Mill Street dam has been continuously deteriorating.  A 2019 engineering study suggested some options to improve the dam. Total replacement is the most expensive option with a cost range of 2-4 million dollars. Another option is to remove the gate and have a level dam.   The salmon run would require dam boards to be removed. More engineering studies will be done between now and 2022, the year the dam will hopefully be fixed with state funds.  It is the #1 priority of Inland Fisheries. 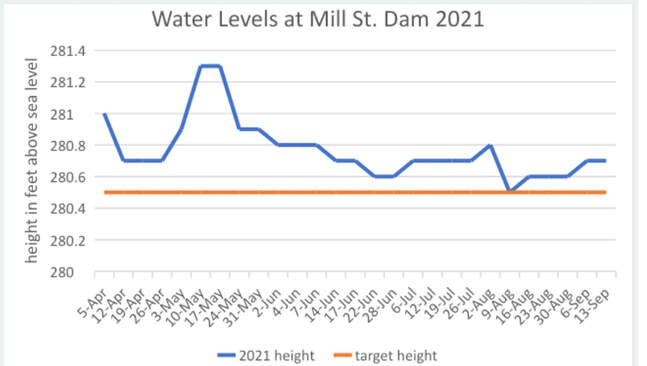 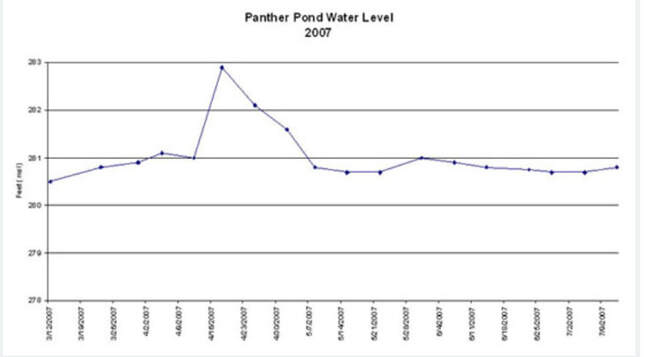 In the graph to the left, you can see the effect of the 2007 Patriots' Day storm. It took weeks to get the lake level back down after that event.
​IF&W may open the dam in anticipation of an expected storm. If that storm then fails to happen, it takes time to get the water level back up to where it should be.